Now reading: Shooting What I HATE Most with Dani Diamond
Share
PrevNext We all have likes and dislikes; things we prefer to do and things we don’t. The fact remains that sooner or later, something will come along that isn’t on our list of favorite things.

When that happens, we have a couple of choices.

Today, fashion and portrait photographer, Dani Diamond, shows us how he overcame his utter dislike of shooting into what he hates most: greenery.

Greenery?! Yep. Dani is not a fan of photographing into greenery. Although pops of nature do appear in his work, overall he prefers shooting with an industrial, urban landscape as his backdrop.

But, like all responsible adults tasked with an assignment, Dani knows that finishing the job is part of adulting, even if it’s not his favorite scene to shoot. What’s more, he doesn’t just finish the job, but he rises to the occasion and finishes it to the best of his ability.

Watch Dani’s problem solving skills come into play as he works to complete an outdoor photoshoot with models Yuliya and Esmeralda while they sit on a bed of grass surrounded by—horror of horrors—more greenery.😱

Setting the Scene And Figuring Out the Lighting

Because Dani’s not a fan of an endless sea of green, task number one was to find a way to break up all that greenery. The solution? Repurposing a painter’s drop cloth as a picnic blanket for the models to sit on. 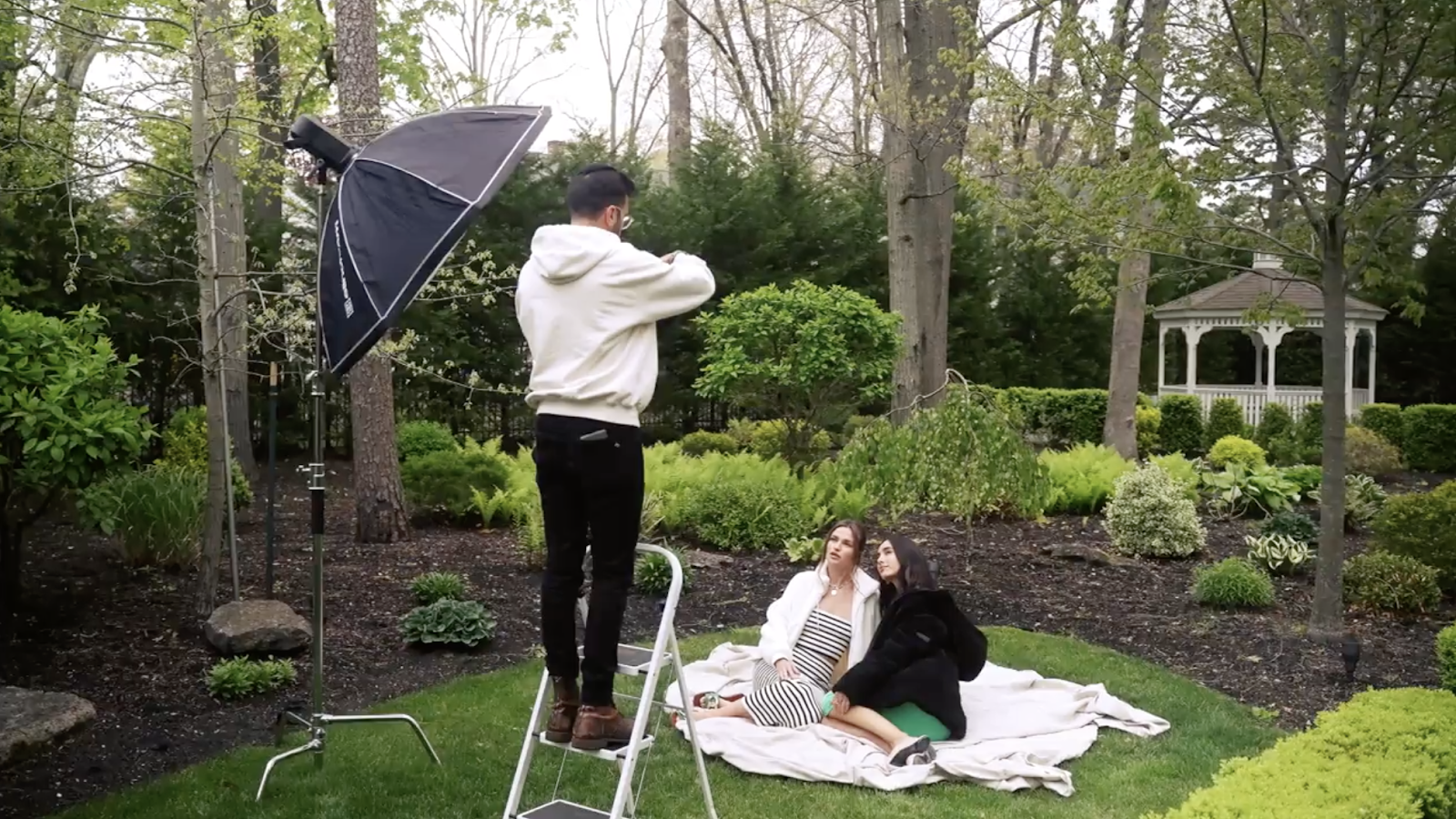 Once the drop cloth and models were in place, Dani began photographing with a Sony Alpha 1 on manual mode and the Sony FE 35mm F/1.4 GM lens. However, he quickly noticed that the cloudy natural light wasn’t providing what he envisioned. So he brought in a flash and octabank on a c-stand as his key light to camera left. That combo yielded lighting that was too flat for his taste. Scrapping that idea, he got rid of the octa softbox and bare bulbed the flash to camera left behind the models, creating a “kicker” (hair light) and that’s when things “started lookin’ amazing,” Dani said. To give himself options during post processing, he shot a variety of angles: overhead/top down, 45 degree angle, eye level to the models, and below eye level.

Meanwhile, both Esmeralda and Yuliya played around with the poses, constantly changing things up to give the best possible chance of a good shot with both of them in a flattering angle and pose.

“You do the best you [can] to direct, but at a certain point you just tell the models to kinda do their thing…You gotta just take a couple different angles and later on decide in post which one was your best shot,” Dani explained.

Shooting in manual mode allowed Dani to “really dial down and get that exposure perfect. Whether I was using a flash, natural light, or using the flash as a kicker.”

Taking a look at the images, it’s evident the portraits turned out pretty noteworthy—even for a photographer shooting what he hates most: greenery. 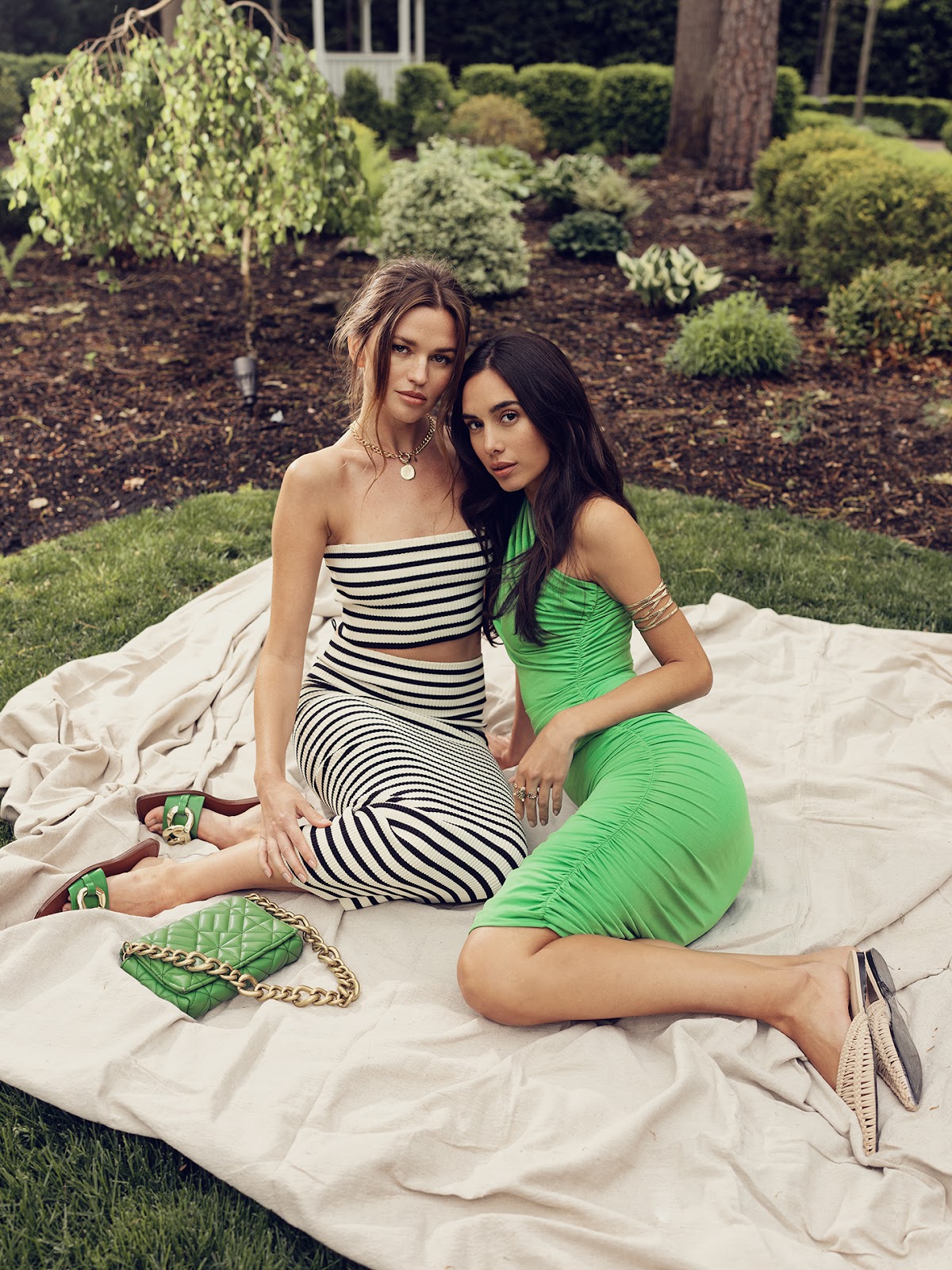 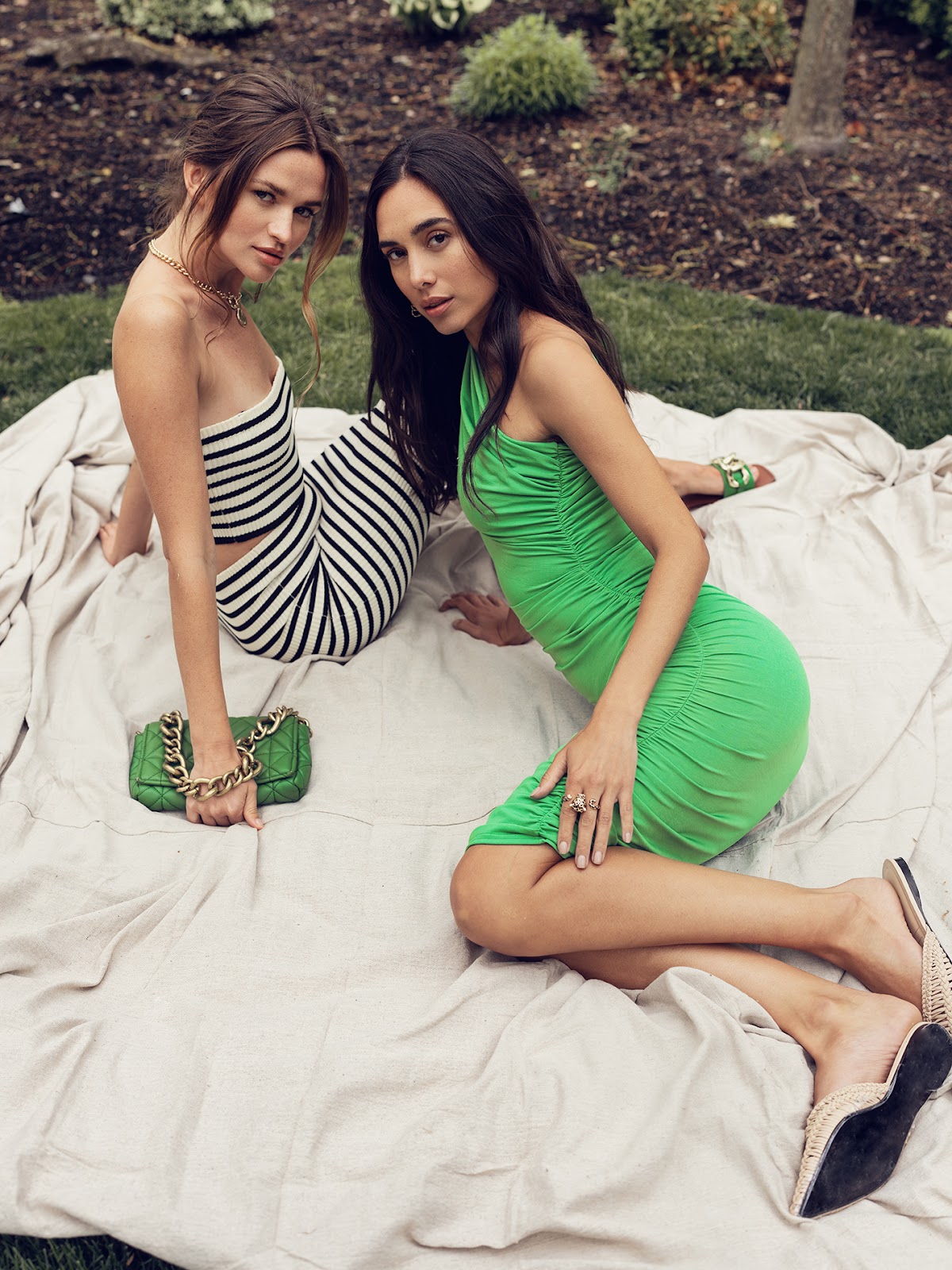 Ever the gentleman and team player, Dani ended the shoot by thanking his team and mentioning them all by name saying, “Together, everyone did what they do best and that really helps the photographer concentrate on what he is there for: creating banger images.”

Shooting into greenery may not be Dani’s preferred portrait backdrop, but he definitely overcame his dislike and still created eye-catching, compelling photographs. Way to rise to the occasion, Dani.

Light it Like Jeff: Shooting The Perfect Self Portrait | Ep 21