Get ready for deep colors and luxurious textures with Eric Wallace as he leads us through a Moroccan inspired fashion editorial with model Alyssa at FD Studio in Long Island City.

Located on the northwestern tip of Africa, Morocco is known for its intricate patterns, splashes of color, and geometric designs. Lucky for us, FD Studio has a room with Moroccan tile and incredible walls perfect for a Moroccan-style fashion shoot.

Fashion photography is about creating stunning, unique imagery focused on clothing, footwear, and accessories. It uses externals such as makeup, hair, location, and body posture to tell the story of a fashion editorial. Watch as Eric, Alyssa, and a talented team of professionals create several looks worthy of a magazine spread.

Standing in a long white gown next to a bank of windows with a watercolor-esque wall reminiscent of Morocco’s ocean sunsets, Alyssa modeled the first look under natural light with the help of one white V-Flat opposite the windows to bounce light onto her shadow side.

“The shadows were a little too deep. A little too contrasty and moody. So we brought in the V-Flat to give it some bounce and really give it some life into the shot.” Eric explained. 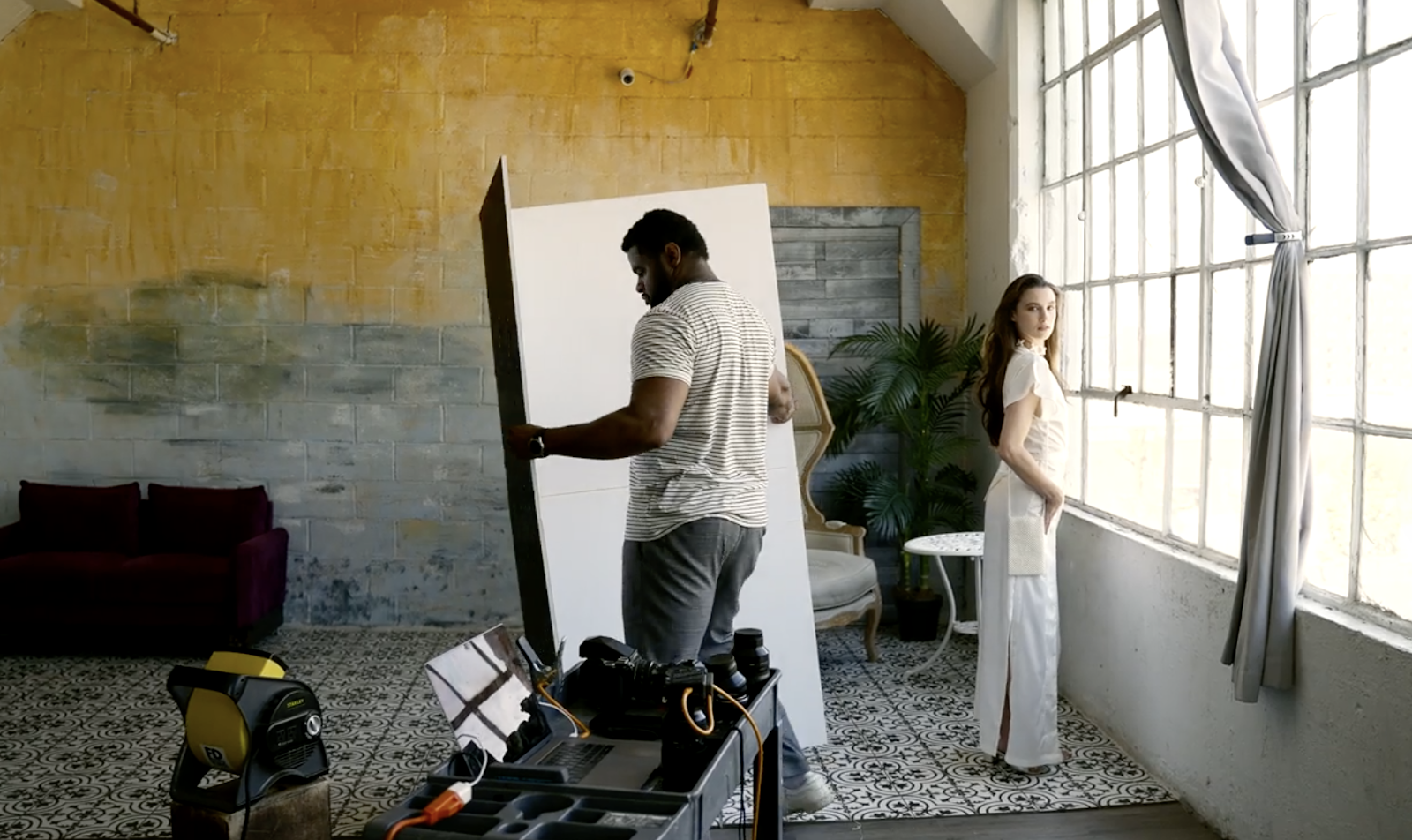 As a photographer, you’re always thinking about the end product and what you can do to bring about the final image, whether it’s lens choice to create the right perspective or the overall tonal balance of the photo. One of the variables Eric kept in mind was white balance. He made the creative choice to change his white balance to “Shade” saying, “that gives me a really Moroccan feel, a very warm tone…so you’ll see that in the shots.” 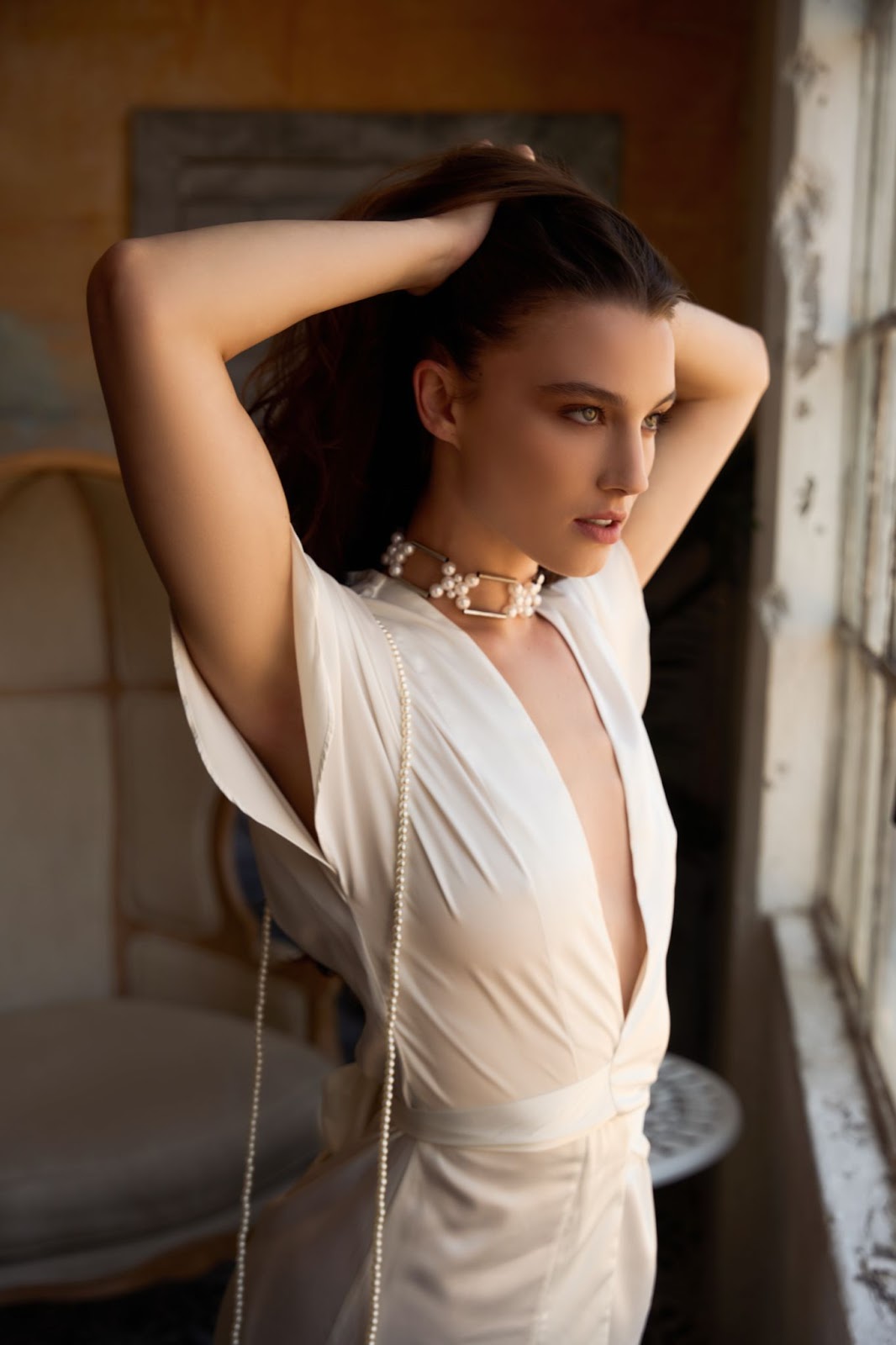 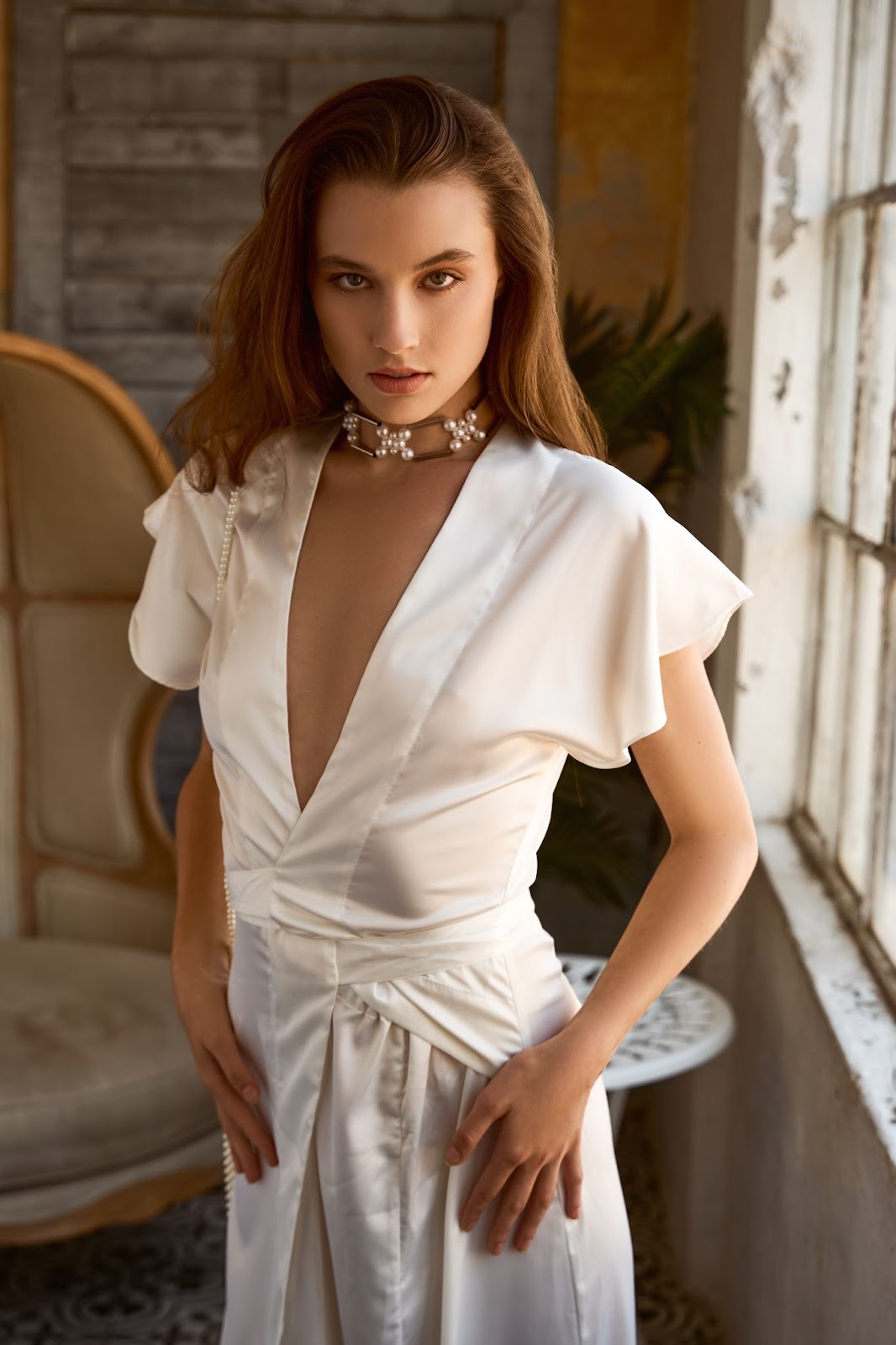 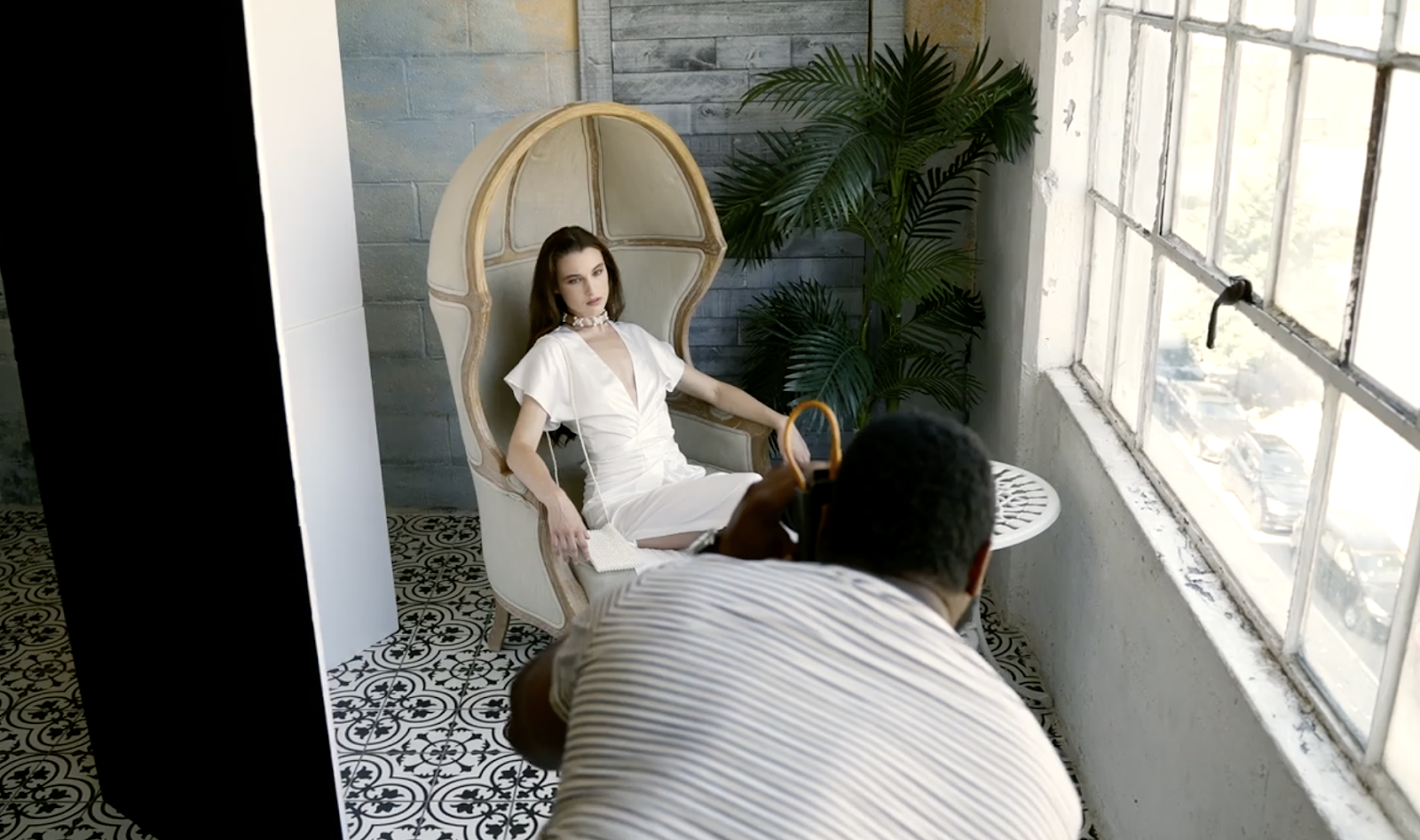 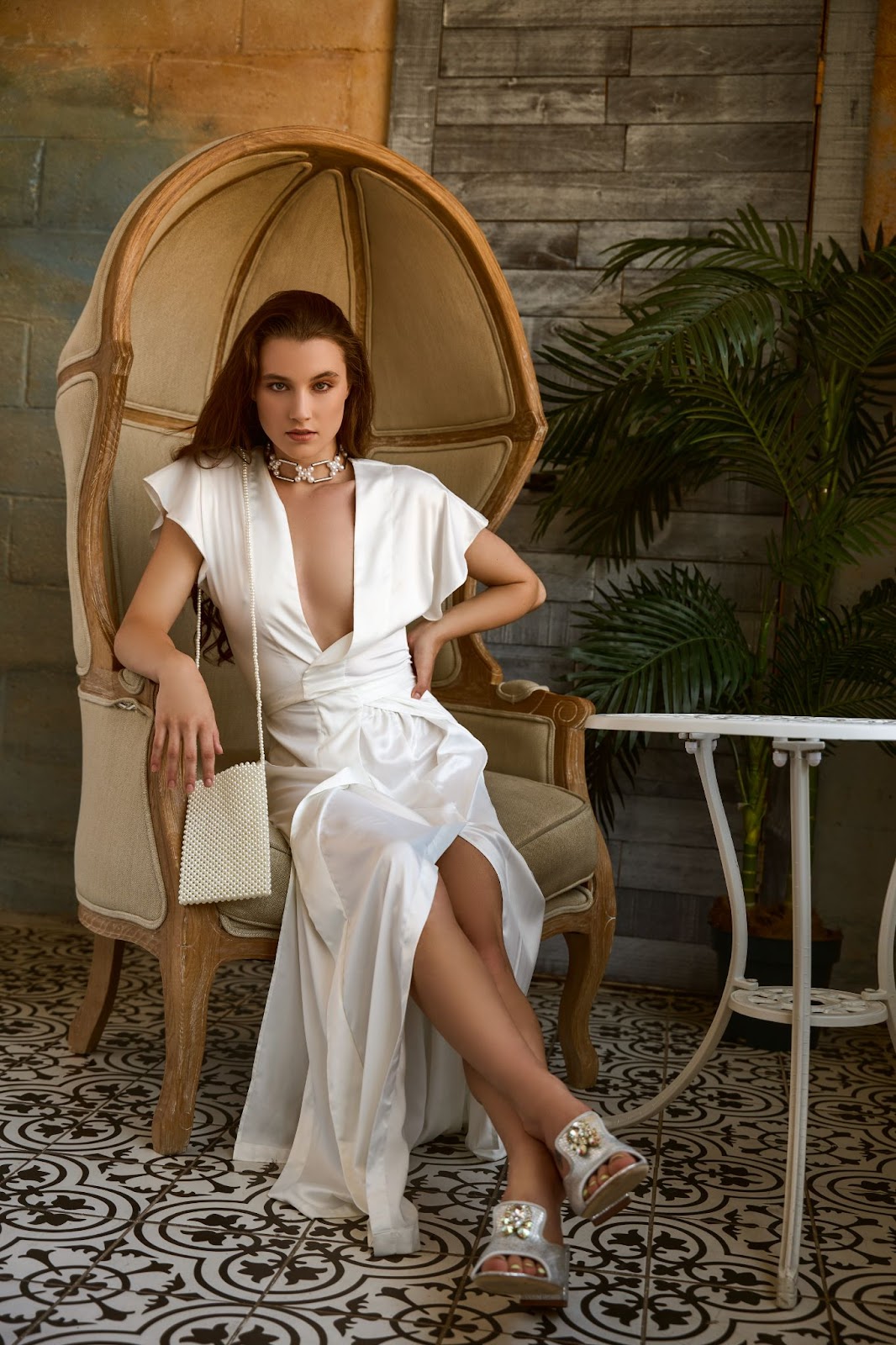 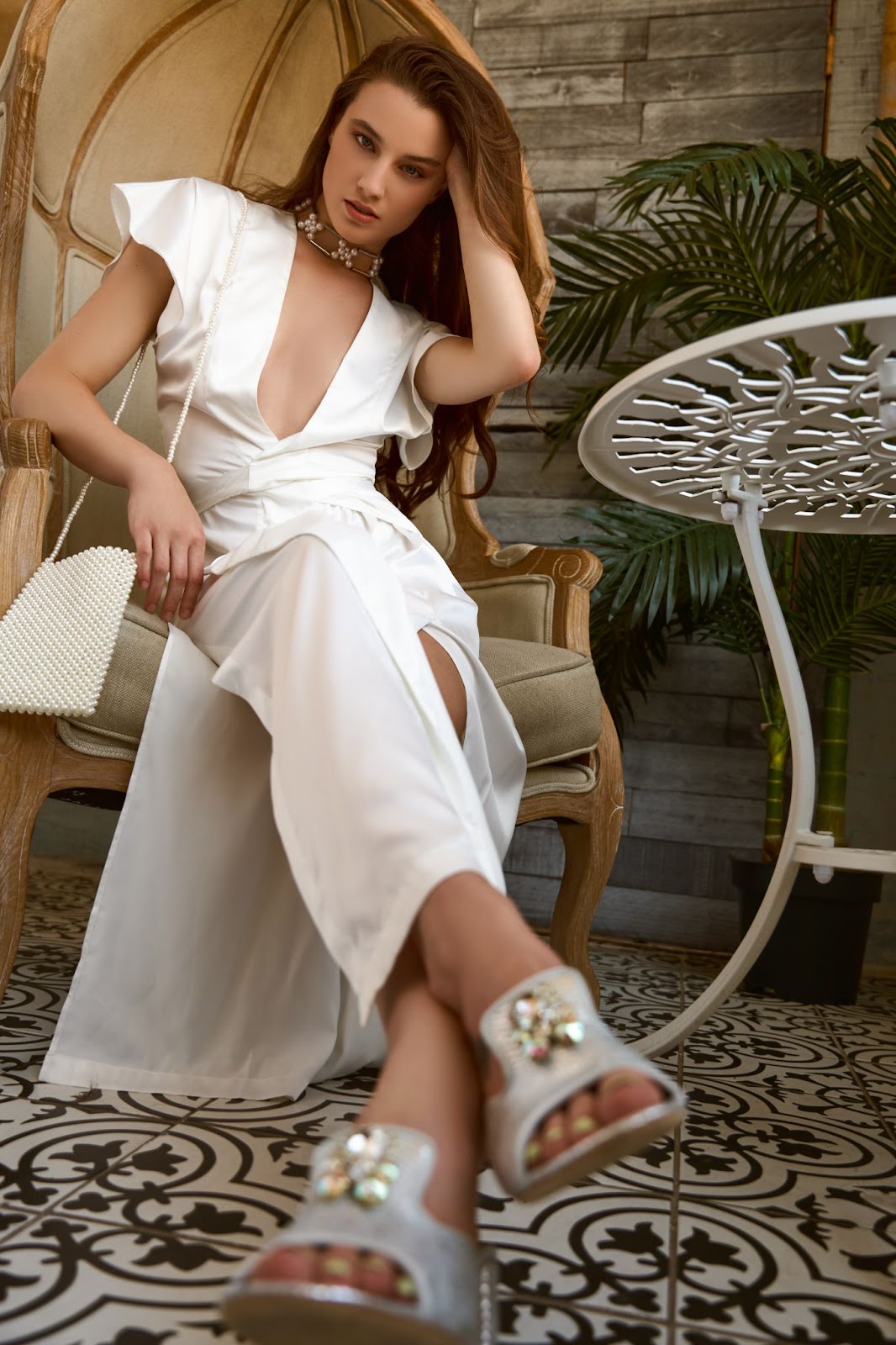 Our eyes are often drawn to the brightest parts of a photograph. Knowing this, Eric and his team made a solid decision to outfit Alyssa in a white dress. Because of this, our eyes are led to Alyssa—as they should be when it comes to fashion editorials. With the busy pattern of the tile floor, the rough texture of the wood background, and the bright color of the cinder block wall, the dress provides balance, contrast, and a clean, simple place for the eye to rest. A patterned or colorful dress would’ve been too much. The resulting portraits are warm yet vibrant with the perfect balance of color and texture.

Scooting over just a few feet to a purple velvet couch, Eric and the team combined jewel tones for a rich, colorful, and moody look for the next set of Moroccan-inspired fashion portraits with Alyssa. This time, Alyssa wore a floor-length green dress over a long-sleeved, floral, button-down shirt with patterned slides. The saturated green and purple played beautifully off each other. To add to the darker mood, the curtains were drawn shut over the windows and a black V-Flat partially blocked the light from a Profoto D2 to keep the background from getting too bright. 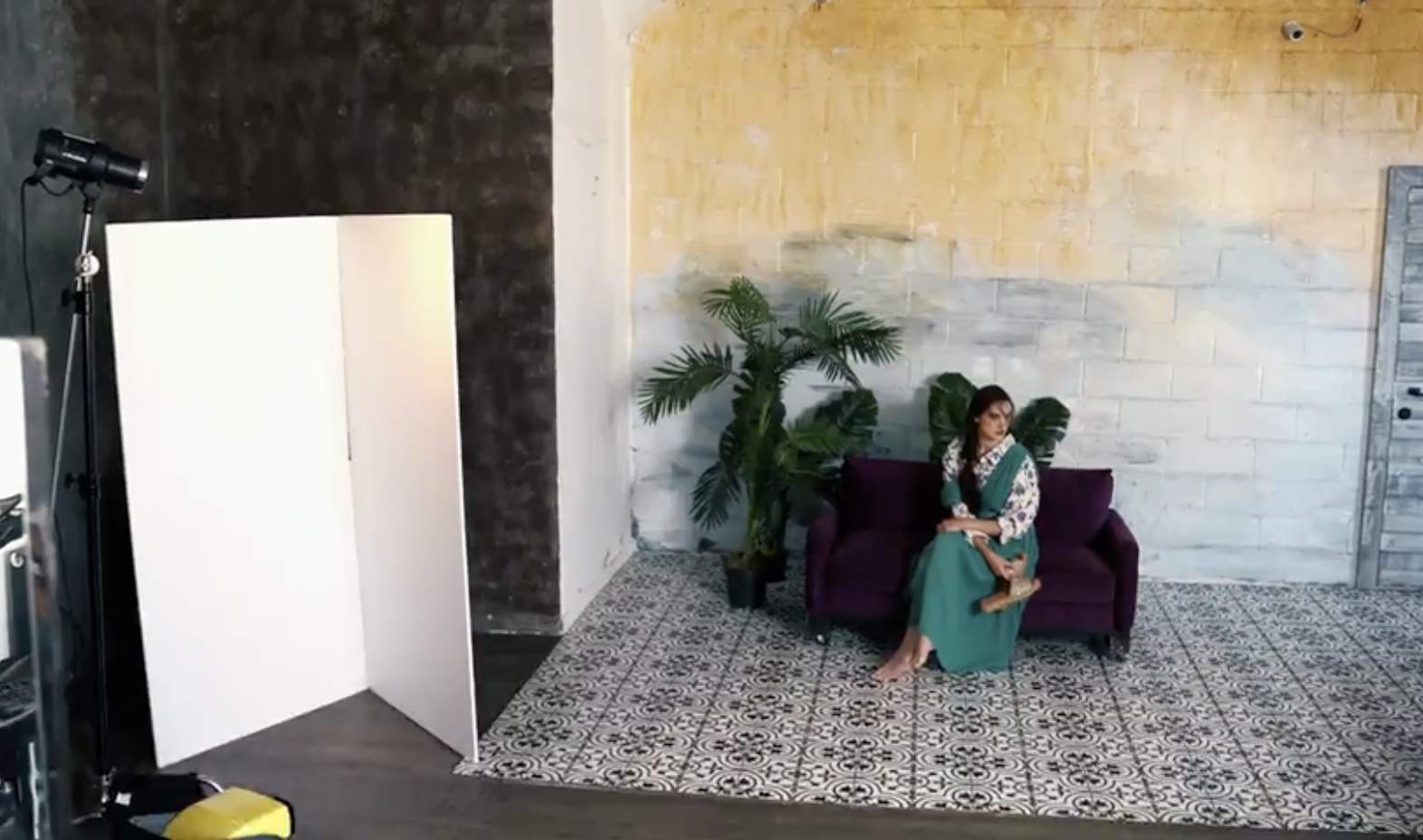 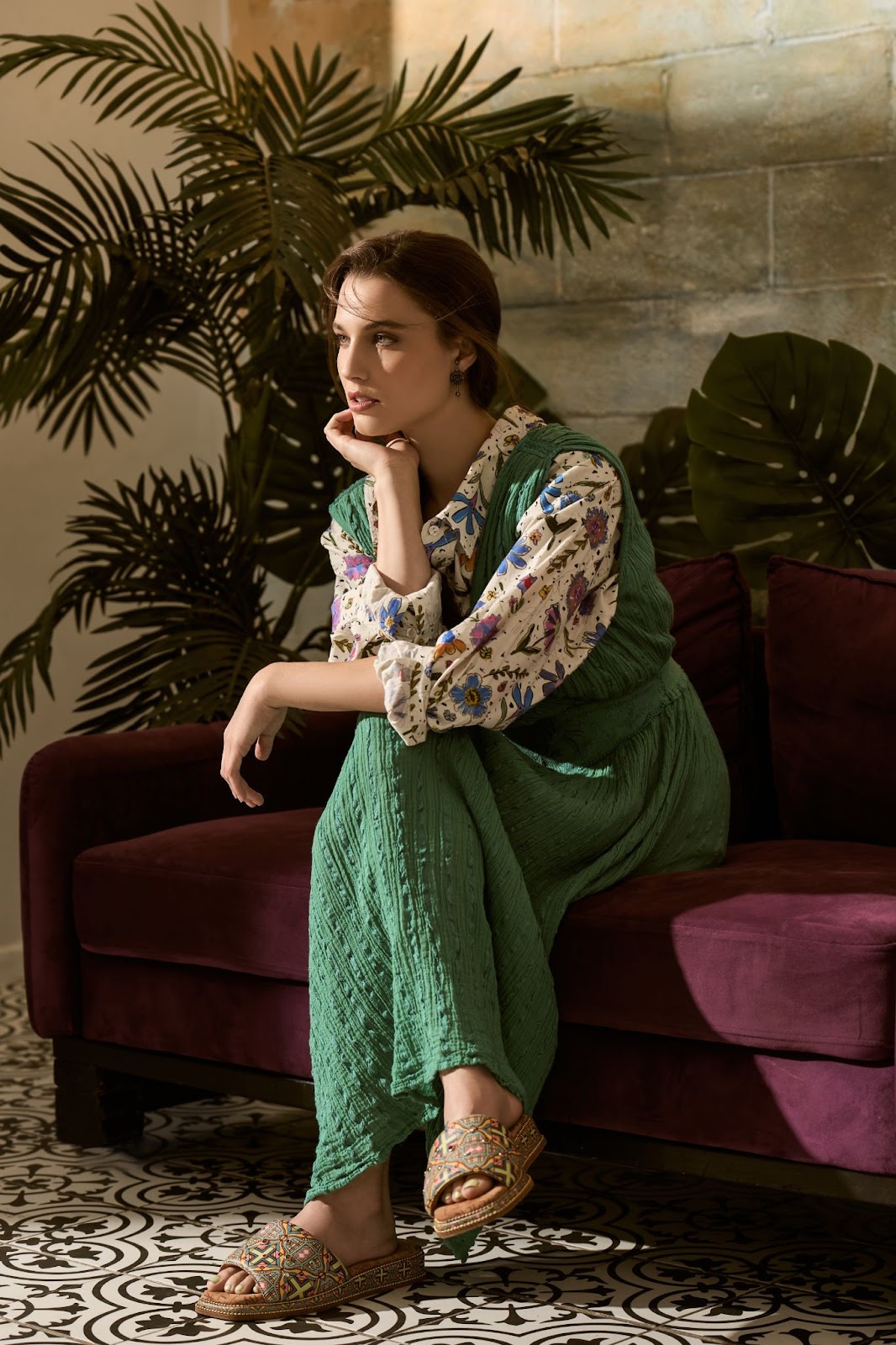 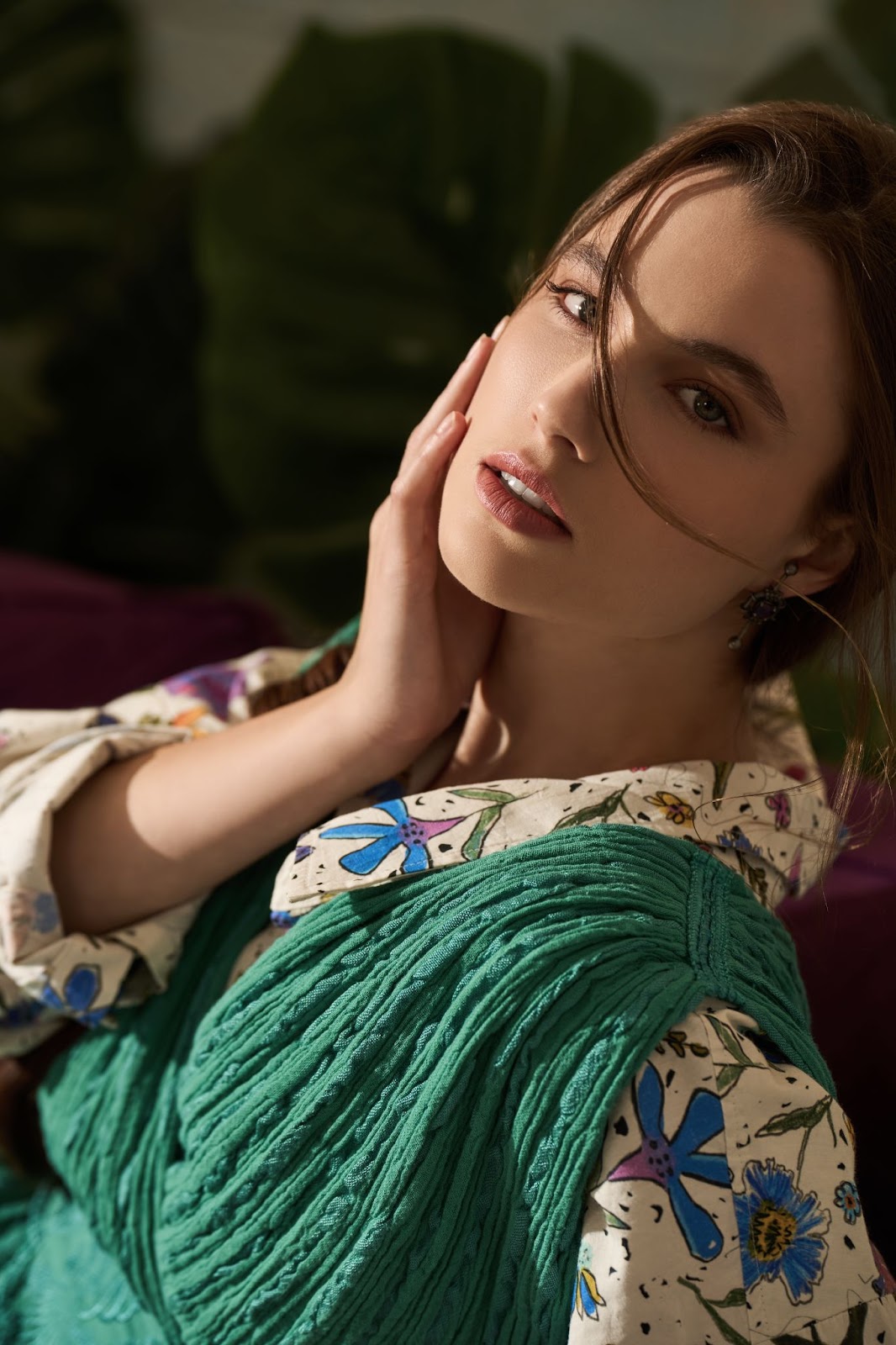 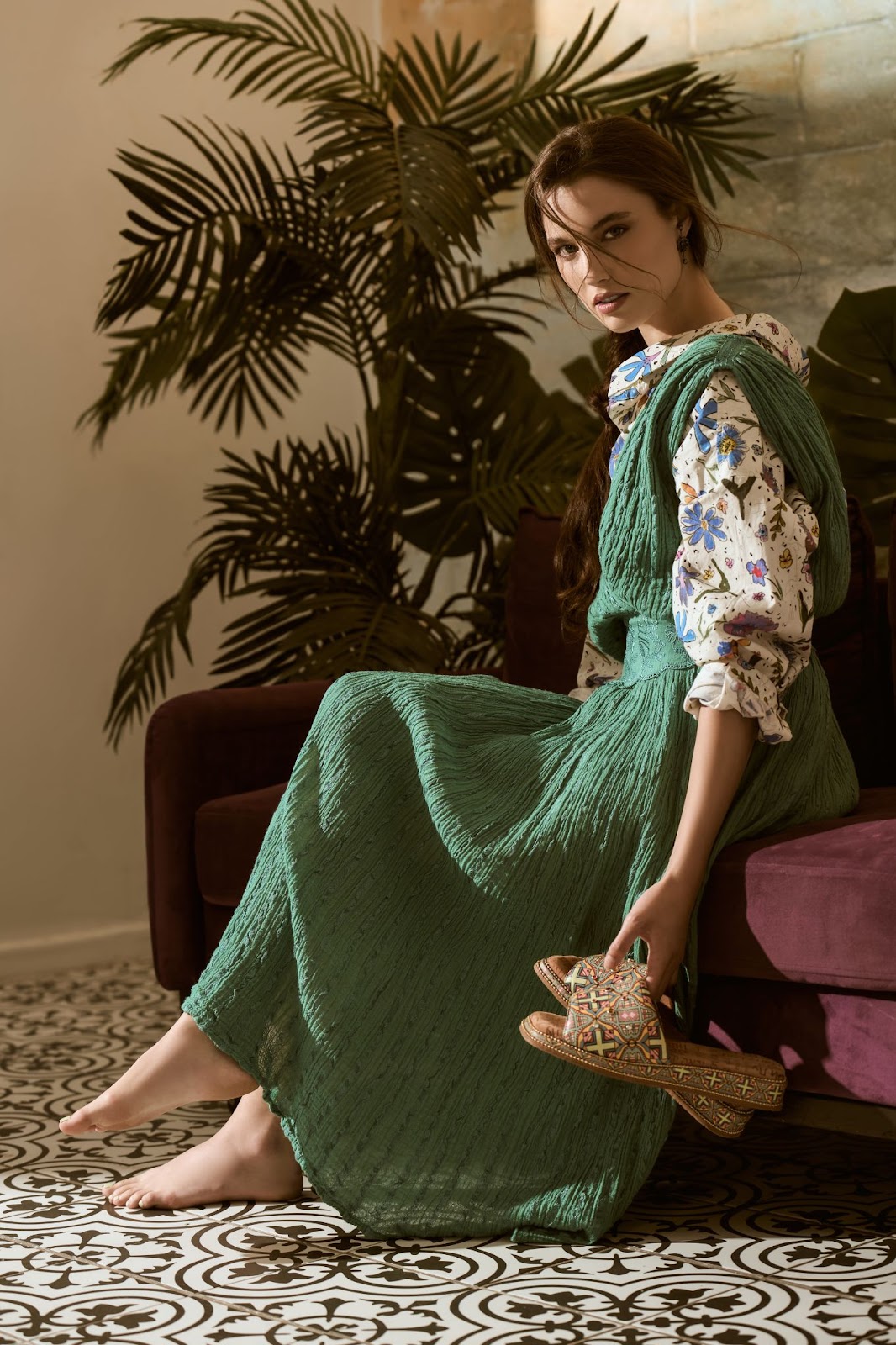 For his final fashion editorial look, Eric moved to a concrete wall with Alyssa in muted tones of brown, blue, beige, and green. He used the Profoto D2 at a 45-degree angle shot into a large umbrella with a diffuser. A black V-Flat opposite the D2 provided negative fill. “The V-Flat’s really gonna help with…bringing in some contrast and really darkening up some shadows and really make her pop out and the colors really stand out,” Eric said. 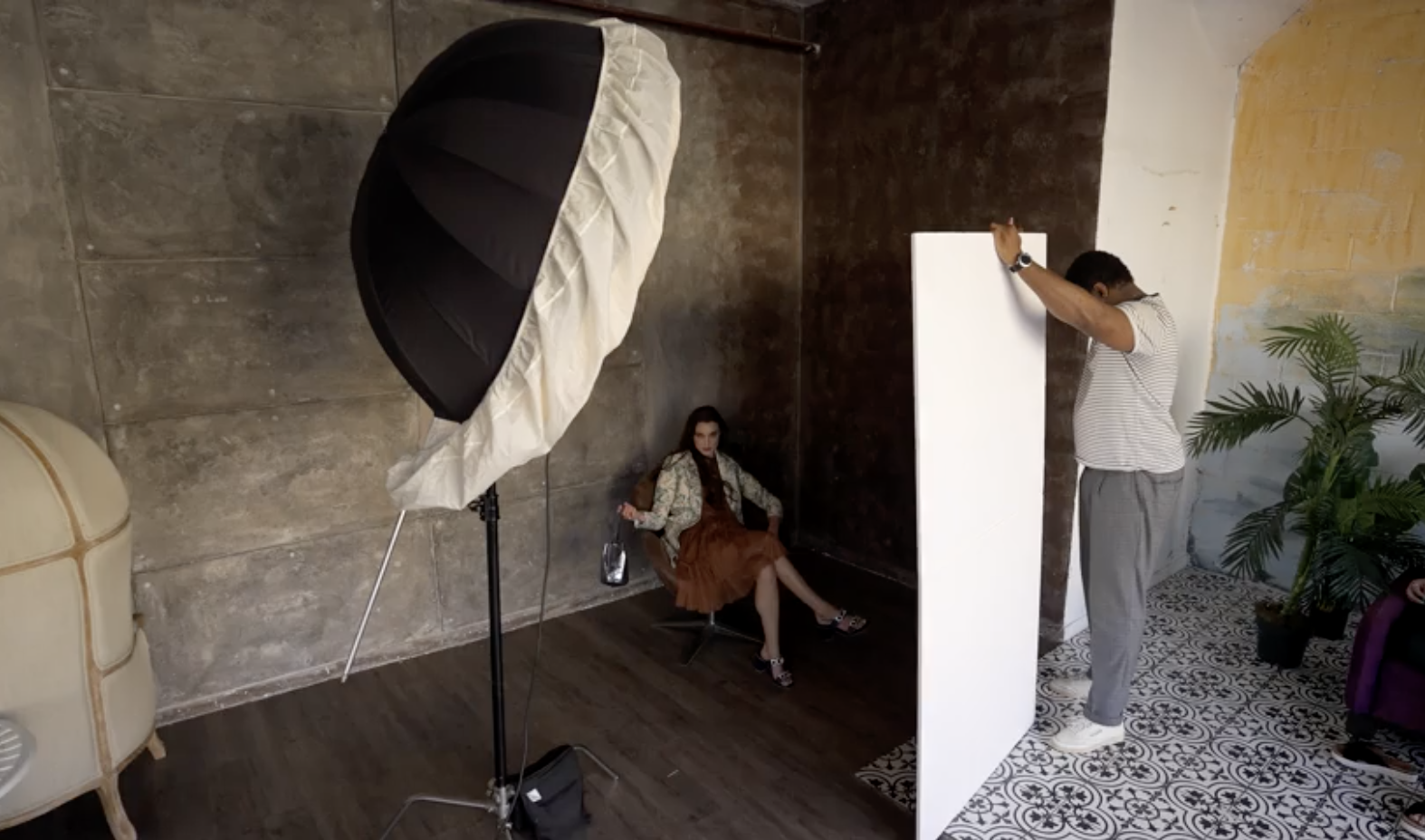 Switching back to his Sigma 24-70mm f/2.8 DG DN Art lens and ever thinking of his final image, Eric carefully chose his camera settings of ISO 500, 1/200, and f/5 because it “gives me some really sharp lines but also…a little bit of shallow depth of field in the back, but I don’t want too much.” 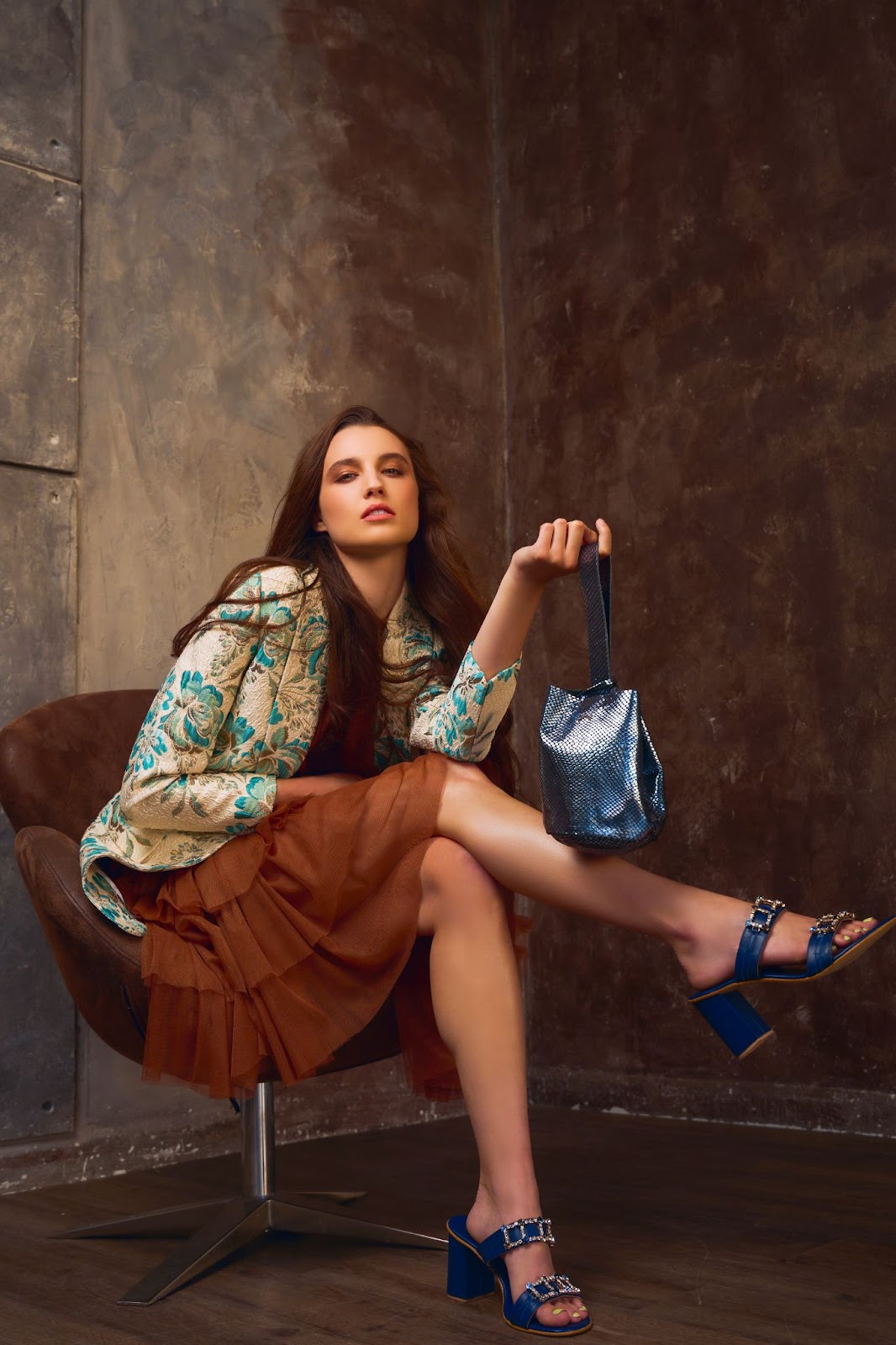 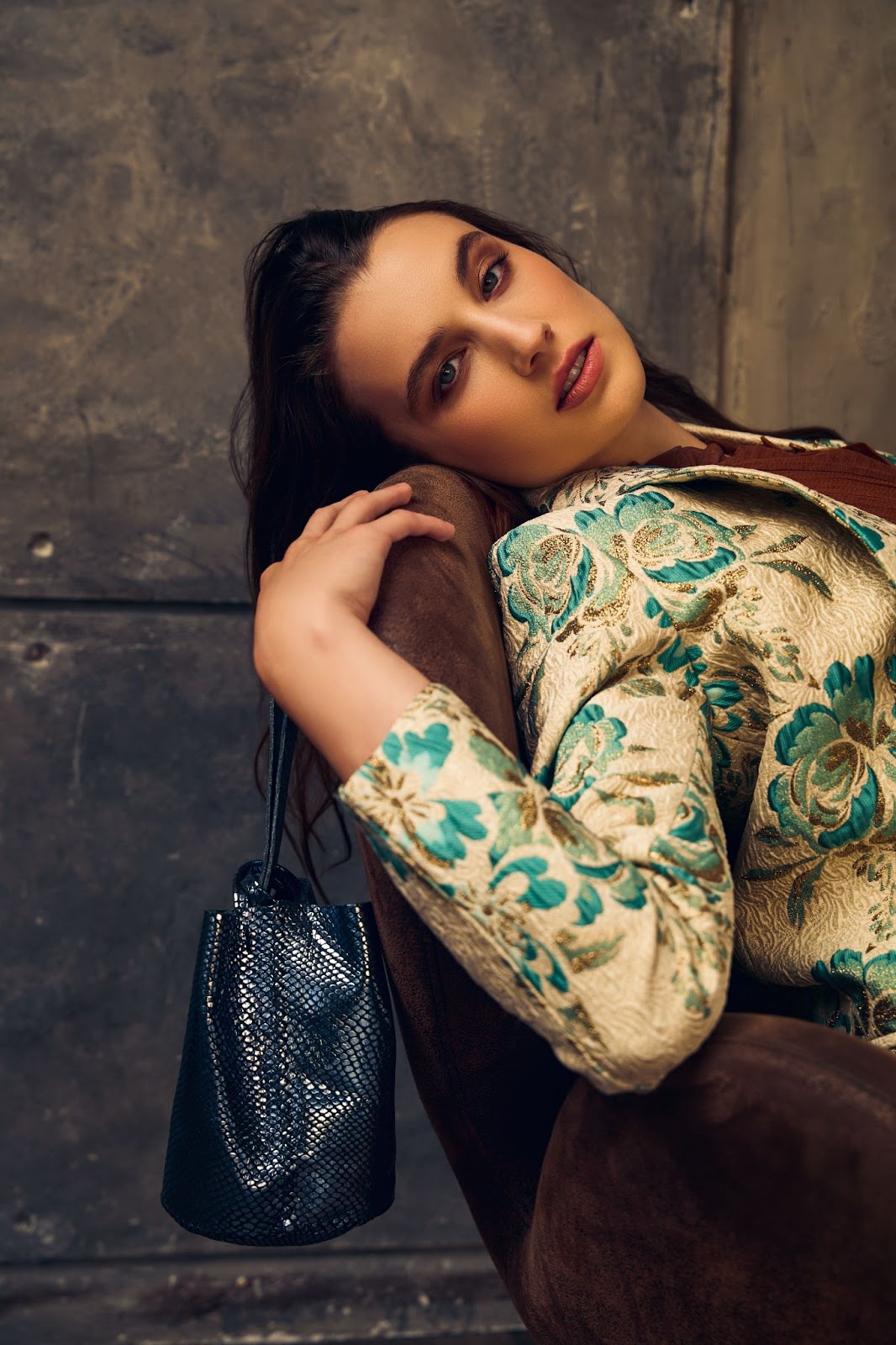 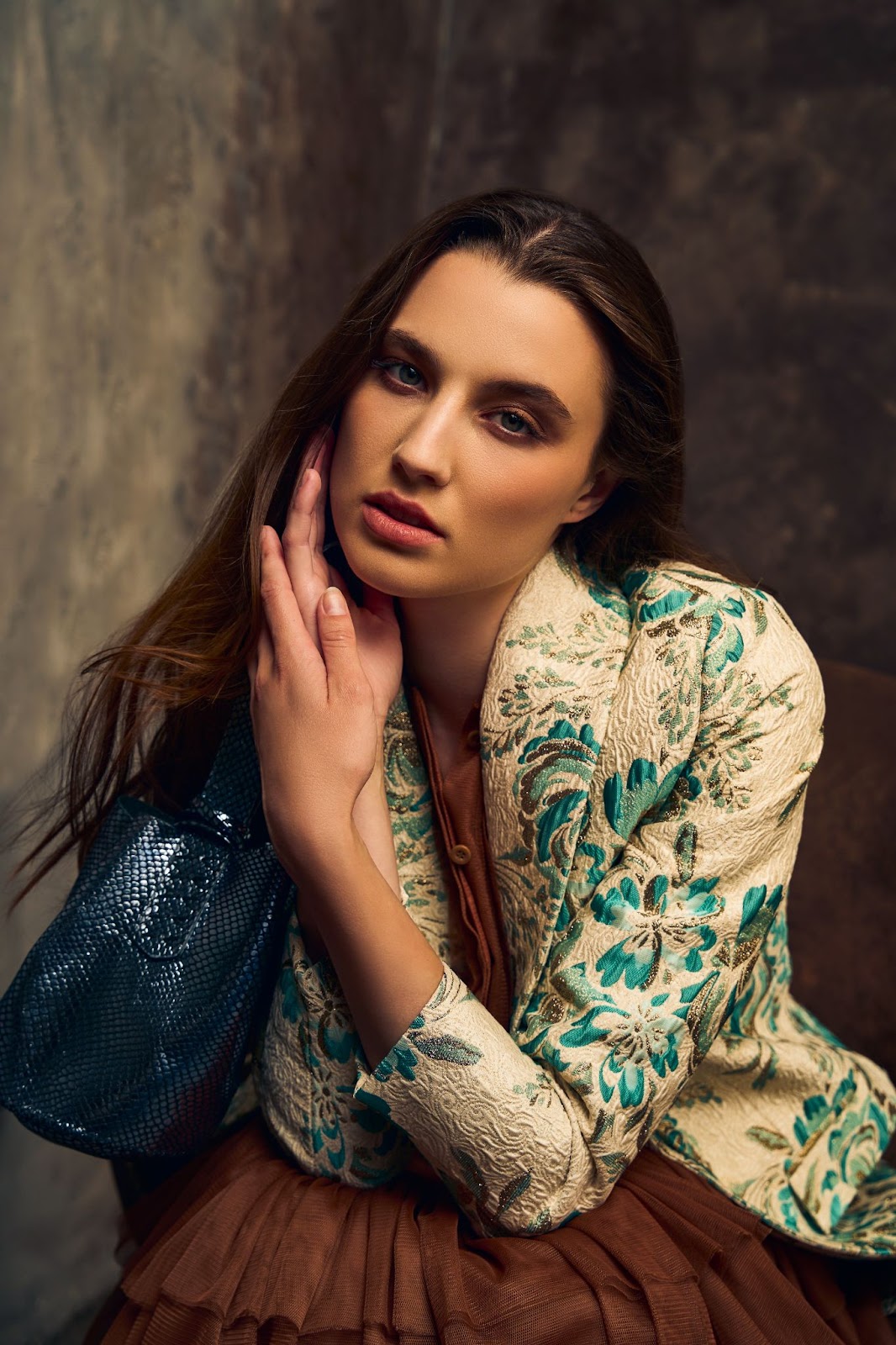 After completing his Moroccan inspired fashion editorials, Eric and the team had extra outfits, so why not create a few more stunning looks? We’re thankful they went ahead and made use of the location, the outfits, and the talent because the following images are fantastic. Enjoy. 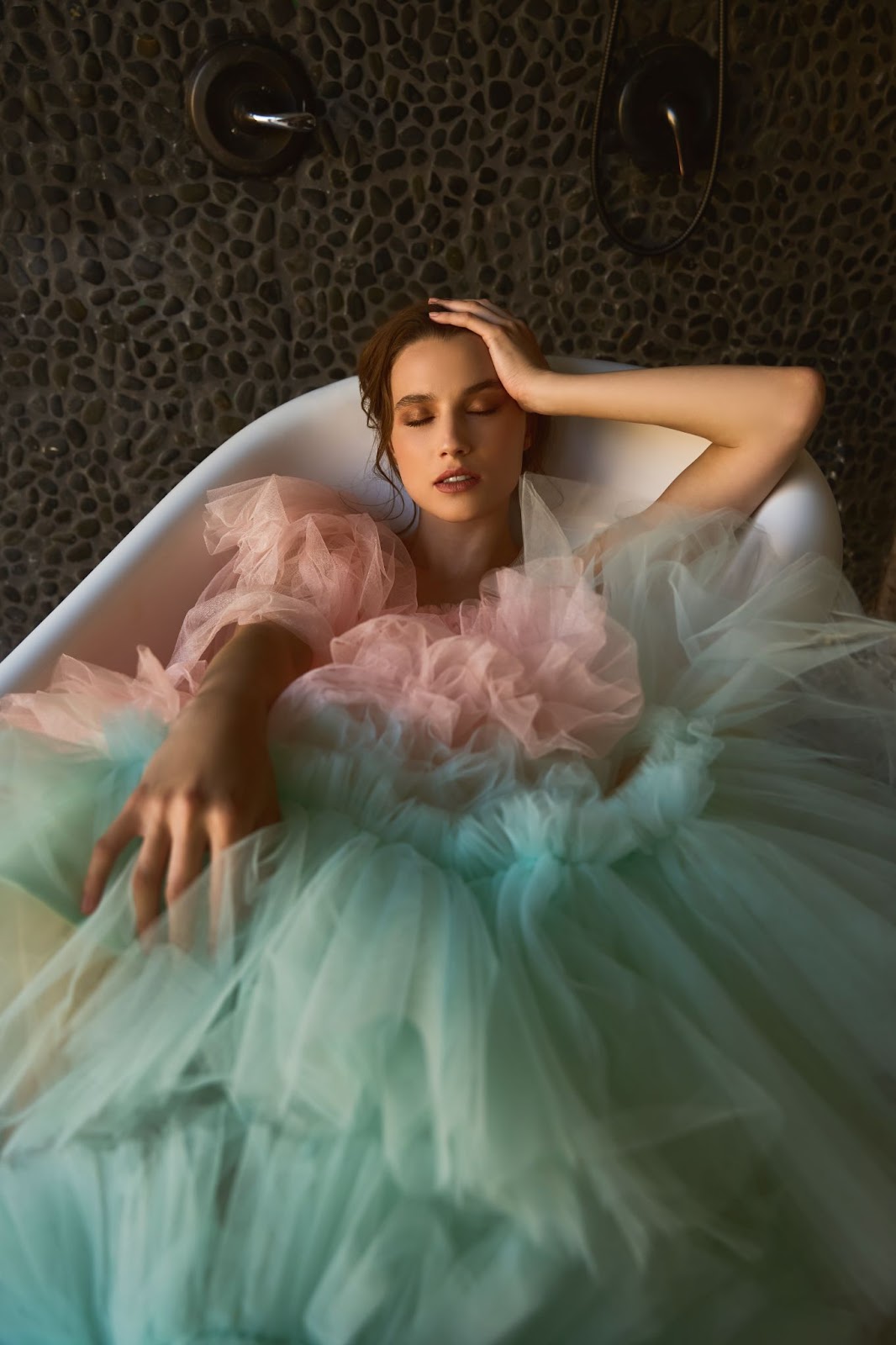 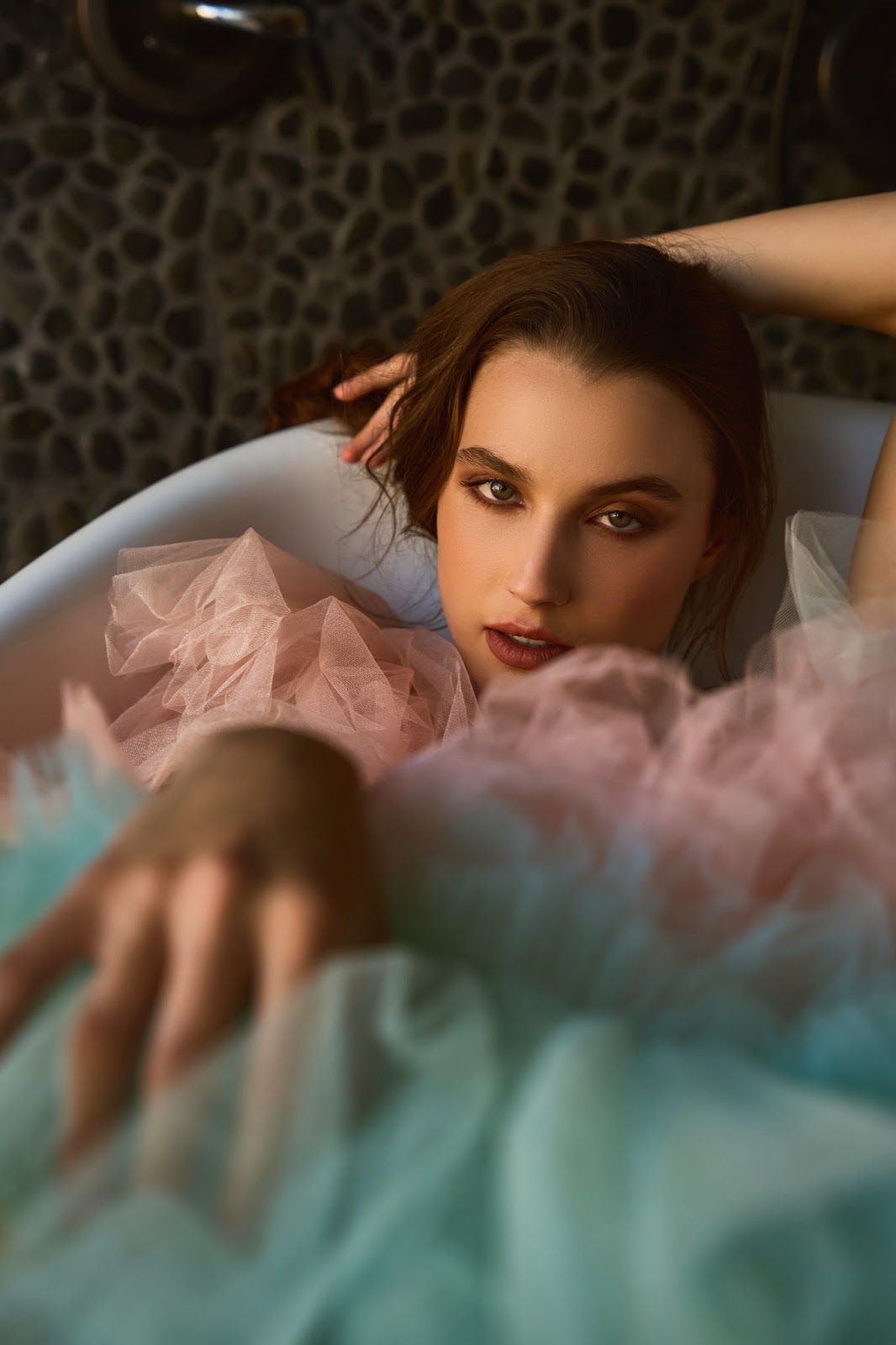 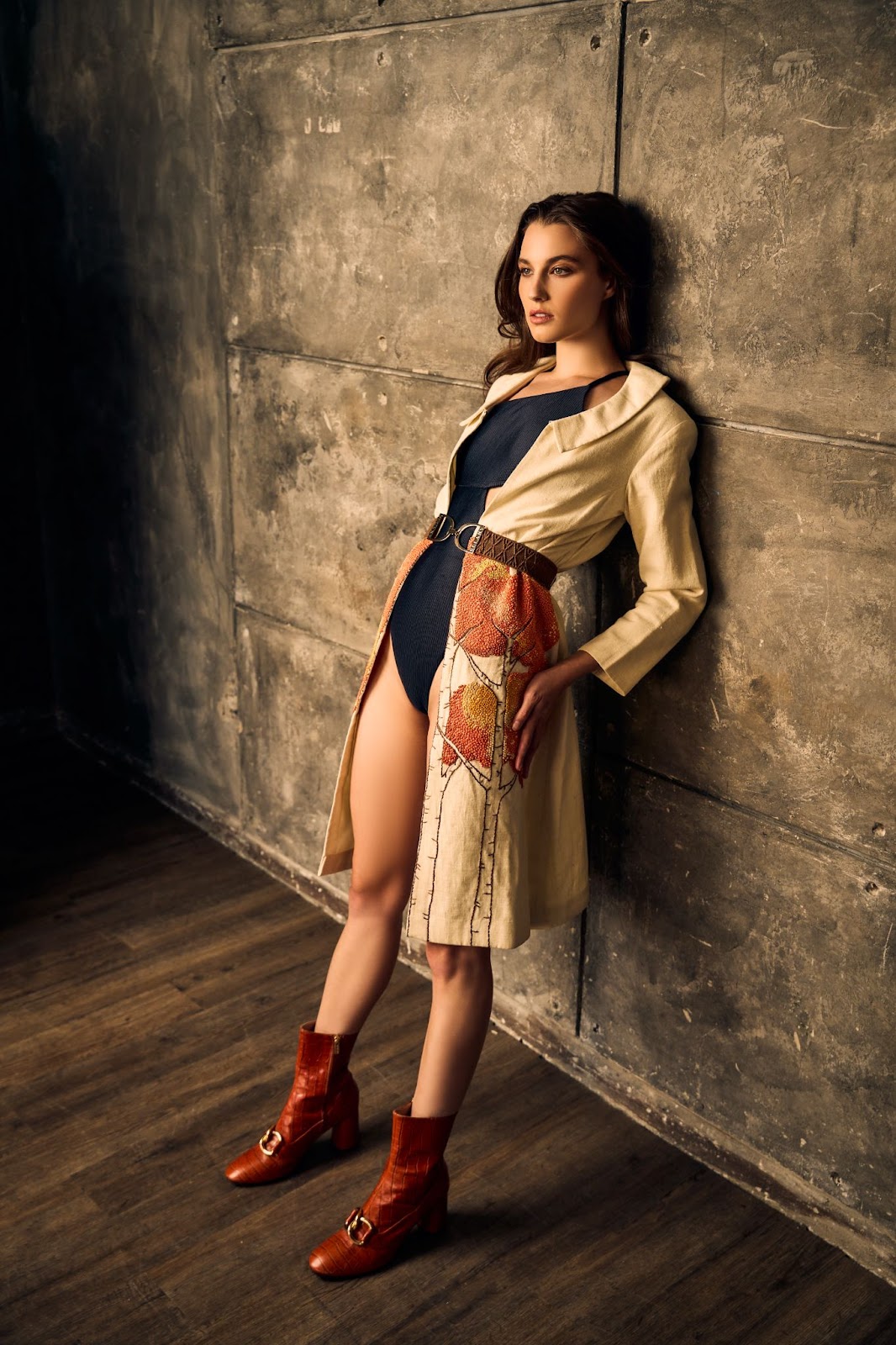 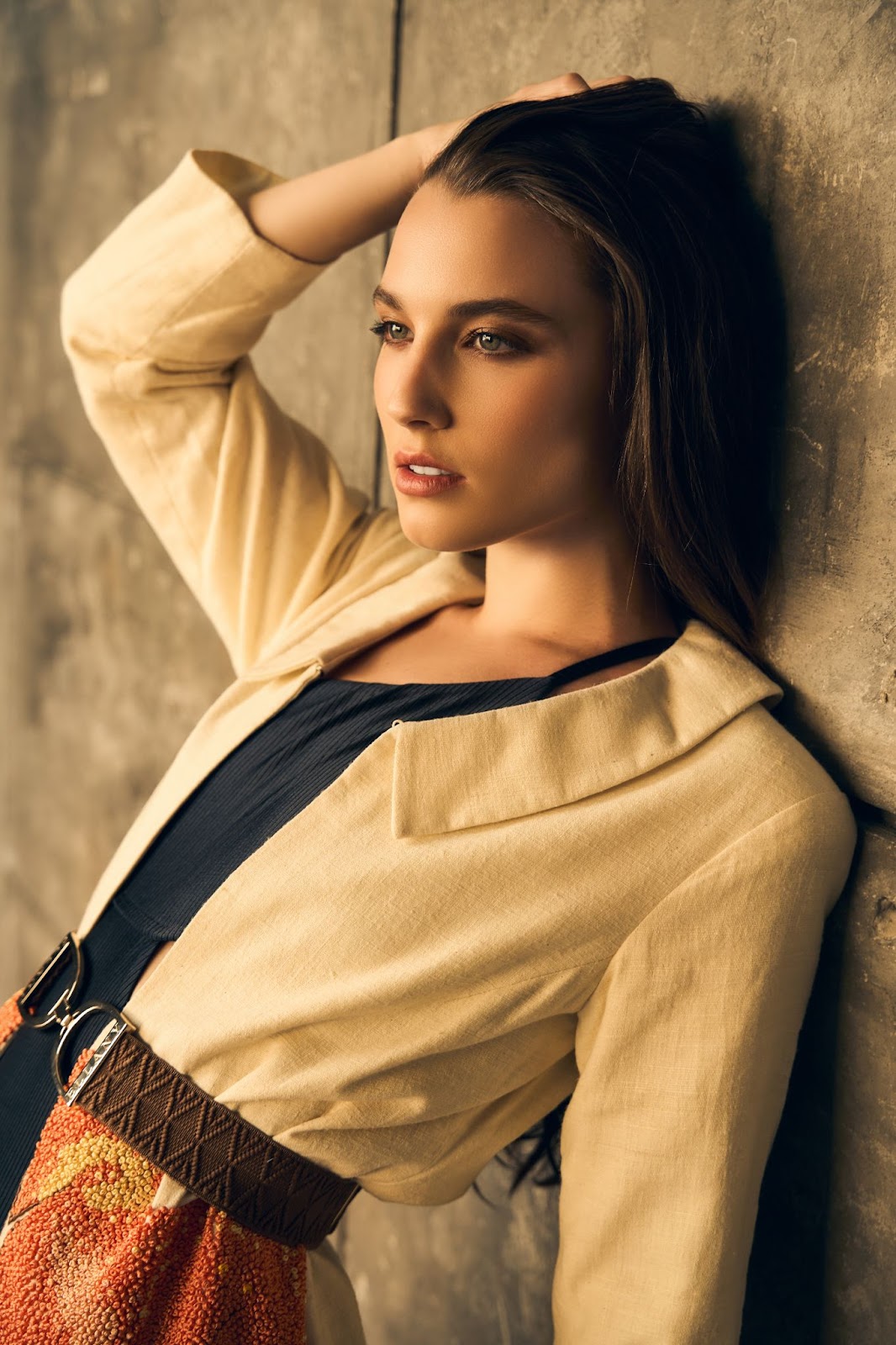 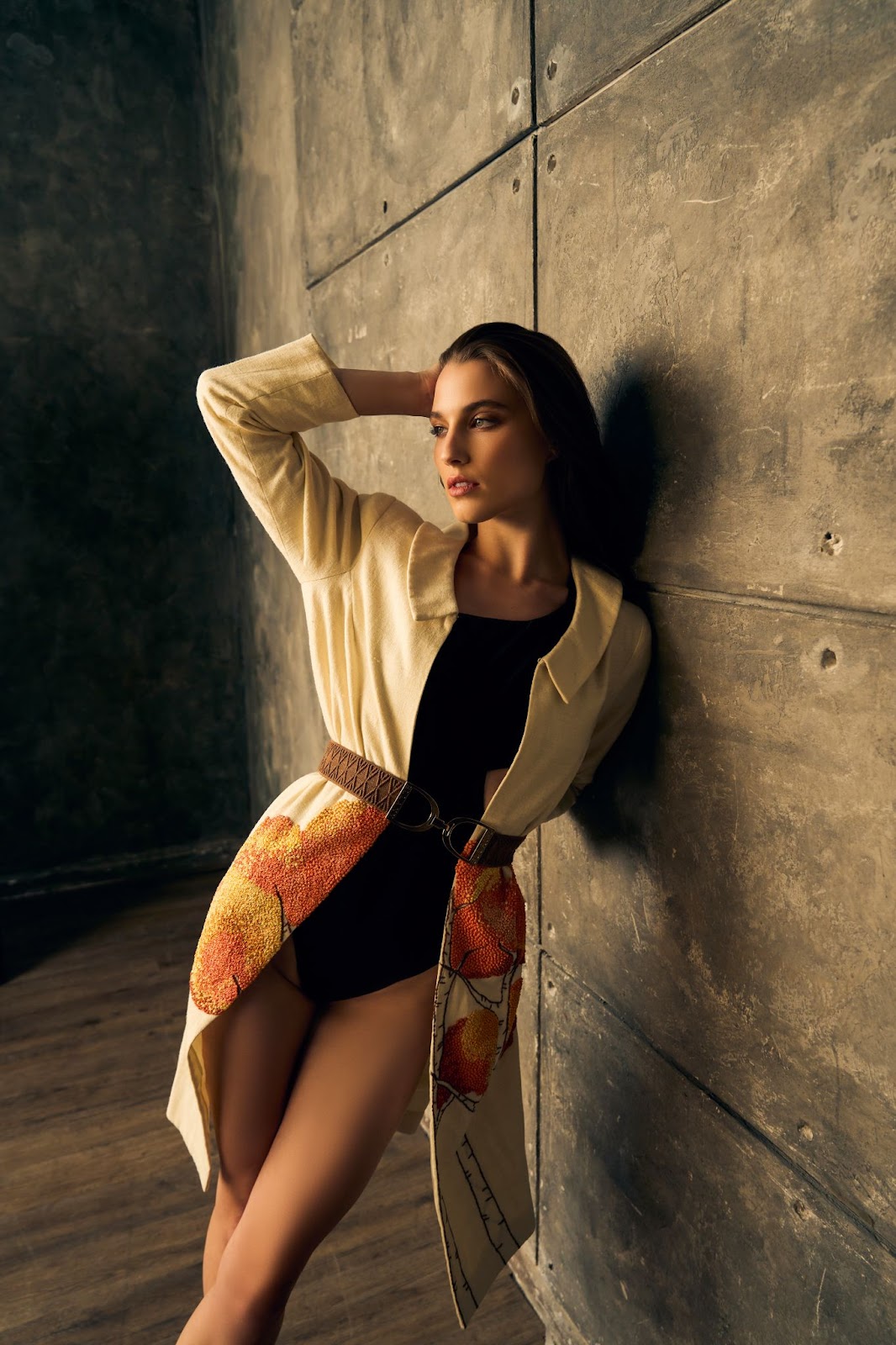 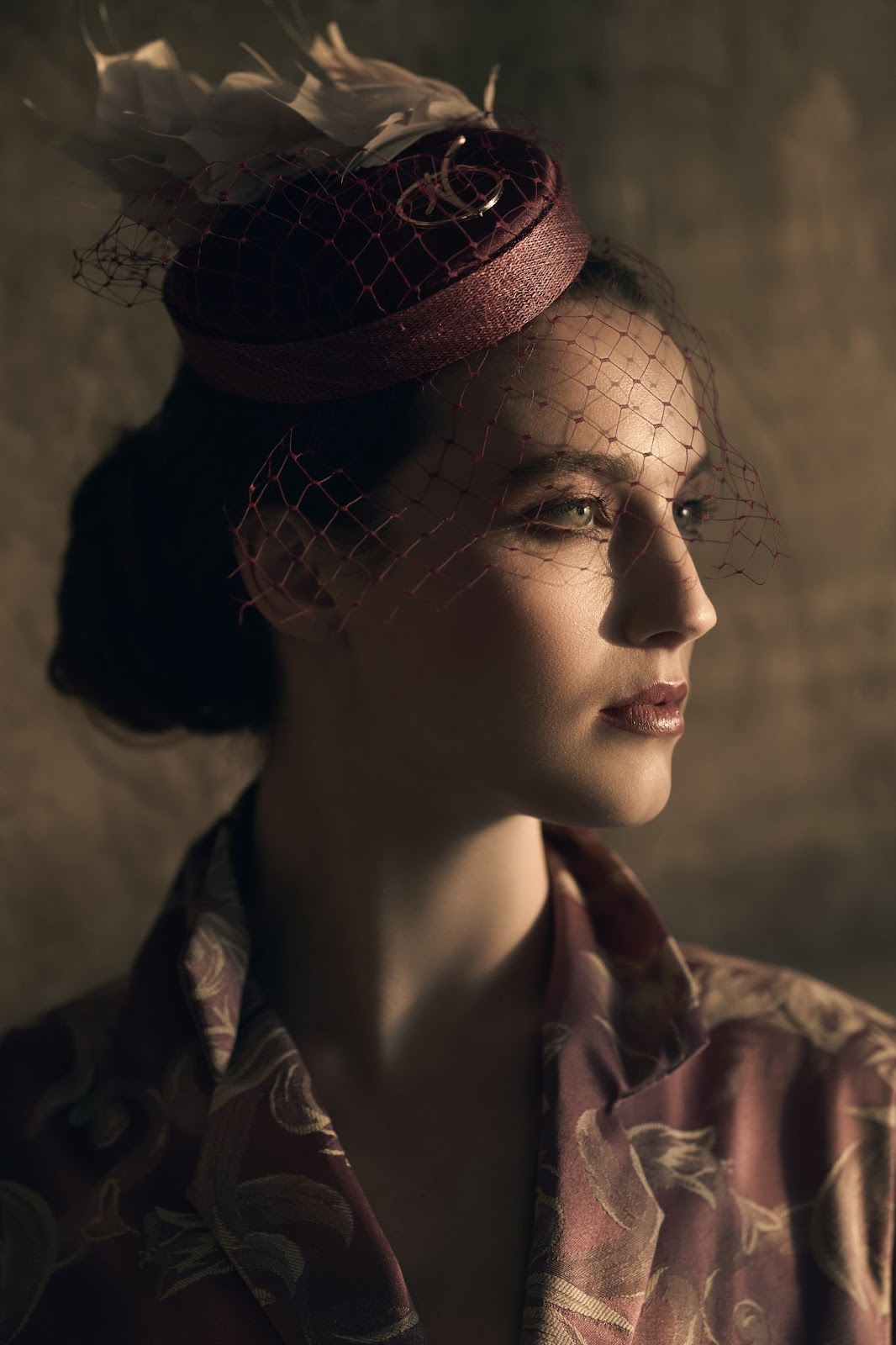 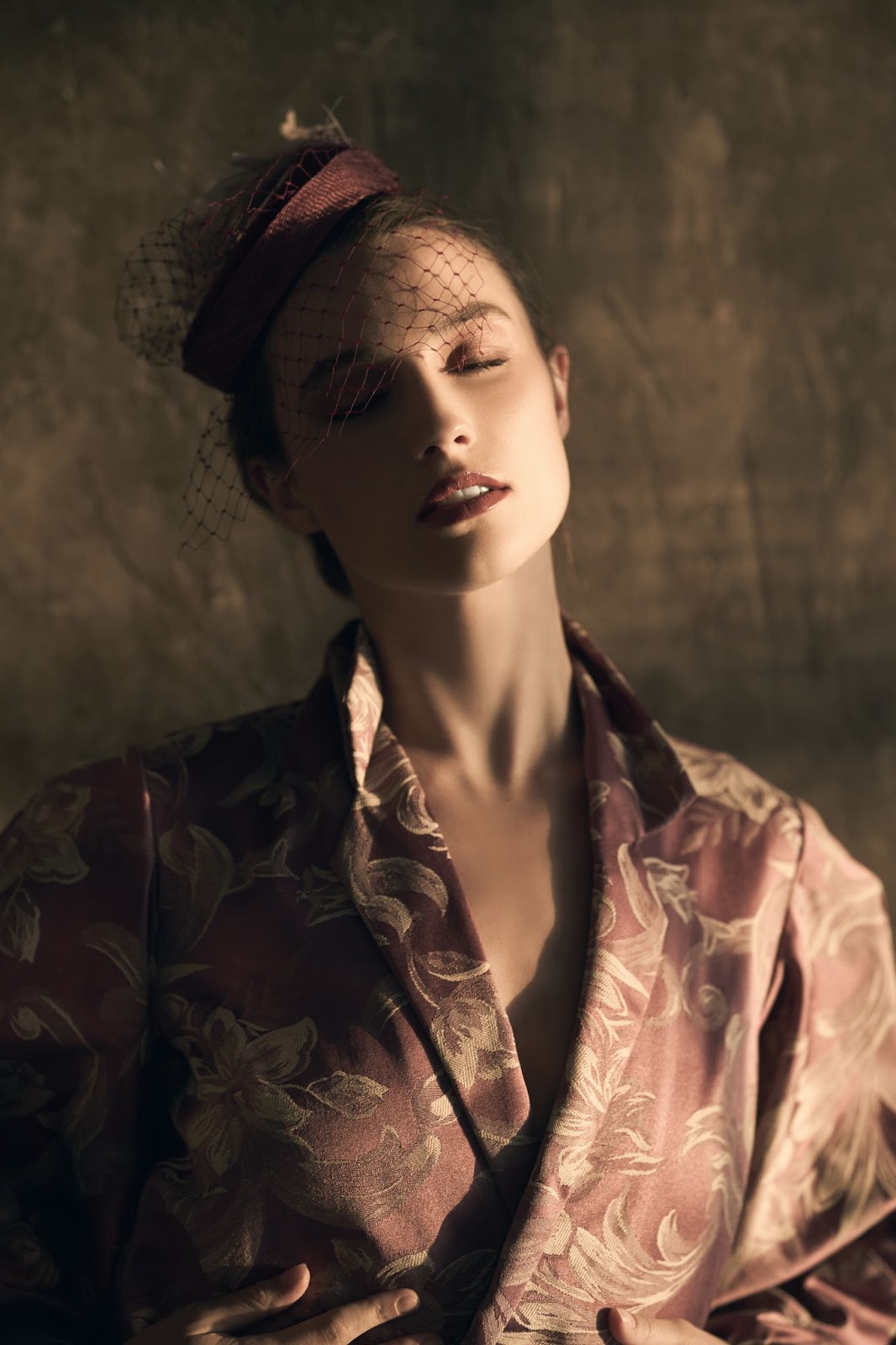 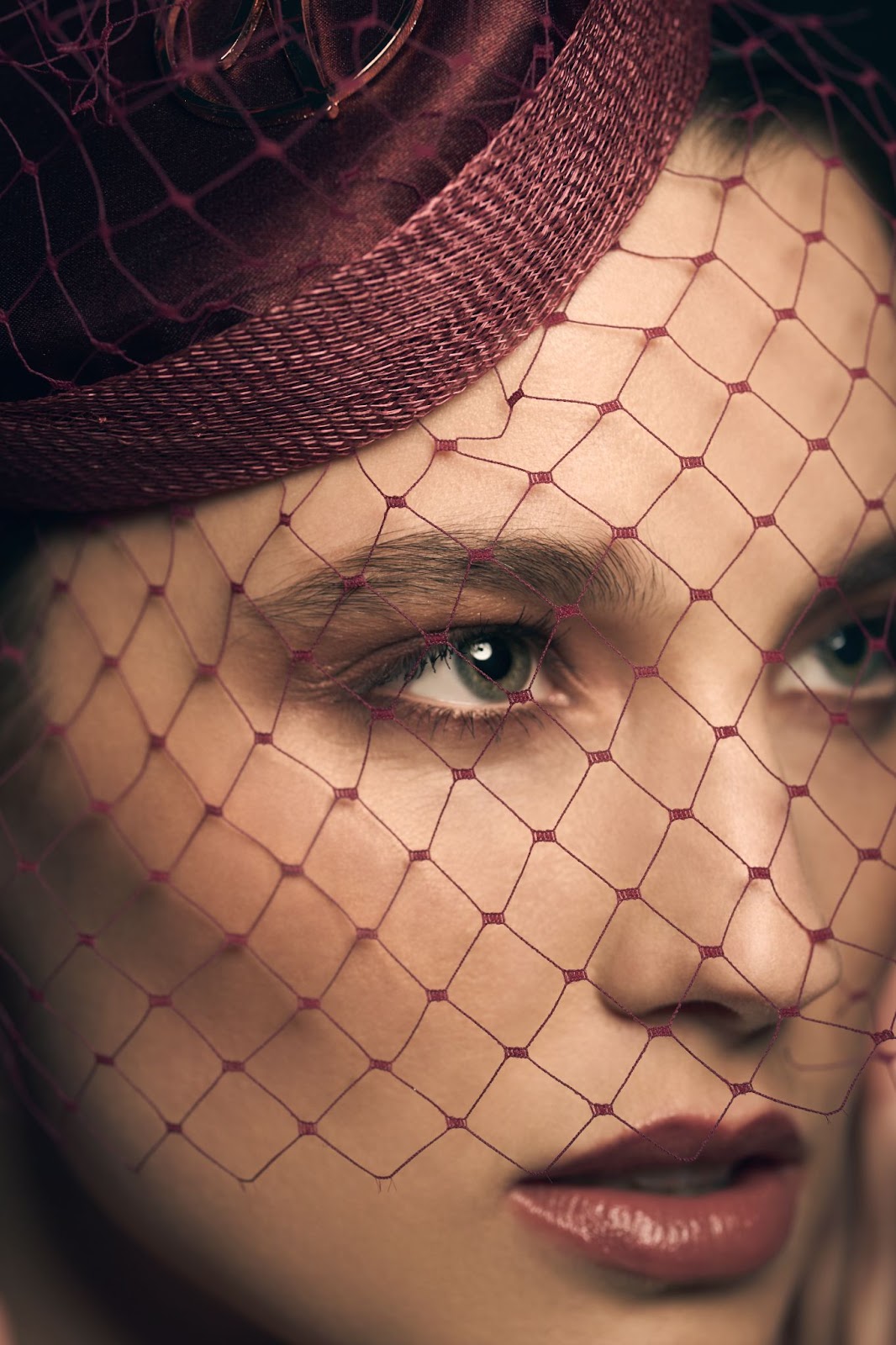 Special thanks to photographer Eric Wallace, model Alyssa, and the incredible team that ran the show behind the scenes, which includes videographer Samuel, Stylist Tiana, Makeup artist Desireé, and Hairstylist Natalie. Be sure to connect with everyone at the links below.